In the winter of 1644/5 Alasdair led a surprise attack into the Campbell heartland of Mid-Argyll with the specific intention of destroying the Campbell clan (Byrne 1997, 158, Campbell 2004, 218). The forces stayed for about two months, burning farms, crops and stealing cattle across 18 parishes. During this raid about 900 men of fighting age may have been killed and Alasdair earned the title ‘fear thollaidh nan tighean’ meaning ‘destroyer’ or ‘piercer of houses’ (Campbell 2002, 220; Stevenson 1980, 147-8). While one historian suggests that the women and children were spared, although left destitute, without shelter or food in the middle of winter (Campbell 2002, 220) another has said that ‘neither age or sex found any security against the savage, and indiscriminate fury with which they butchered’ (Campbell 1916b, 319). It is difficult to know now which to believe as the historical records consist of a small number of, probably biased, contemporary accounts, deliberate propaganda and oral tradition. The earlier Campbell version is probably influenced by oral tradition while the later has tried to rely on historically recorded facts, which are few. Stevenson is of the opinion that there was a deliberate attempt to destroy the Campbell clan by killing their fighting men and destroying their source of food by burning houses and crops. After McColla moved on, the inhabitants ventured from their ‘hiding places in the hills’ to behold the destruction of their dwellings and the devastation (Campbell 1916b, 346). The Marquis had escaped by boat from Inveraray Castle, which was then burned. (James 2009, 98) 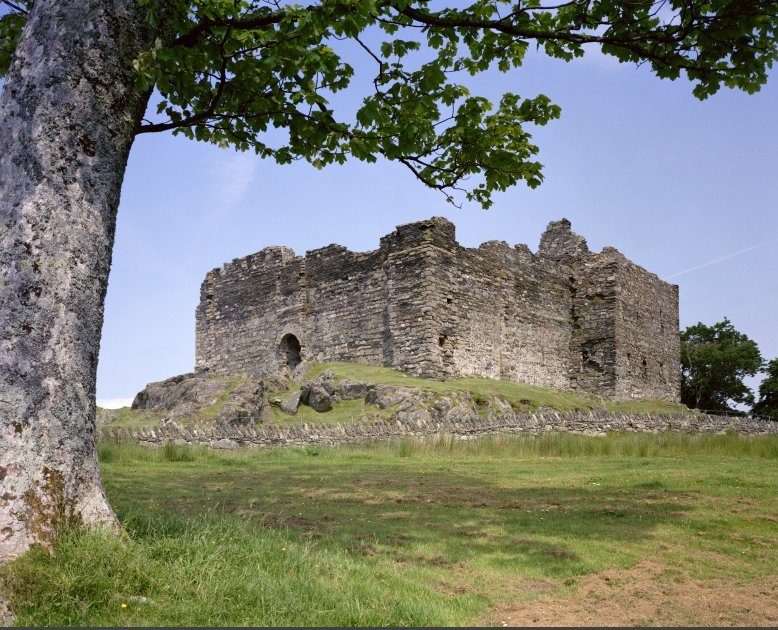 Castle Sween was attacked and burned in 1644 by Alasdair MacColla and his Irish of Clan Donald during his ravaging of Argyll in the Civil War. ©HES

Kevin Grant’s PhD research- ‘Mo Rùn am Fearann’ – ‘My Love is the Land’: Gaelic Landscapes of the 18th and 19th centuries is relevant to addressing questions of identity. His research focused on using novel approaches to the landscape archaeology of the 18th and 19th century Highlands and Islands of Scotland. These approaches included the extensive use of narrative, experiential approaches, and Gaelic oral tradition and culture. He created a colourful and evocative account of life within the landscape which acknowledged the breadth of experience in Highland society, the importance of culture in forming ideas and experiences of landscape, and subverts previous approaches which have been dominated by homogenising historical meta-narratives. (PhD gained 2016).