The increase in metal detecting and responsible reporting has led to a huge increase in archaeological datasets. Key medieval objects include ornaments such as annular brooches (see Case Study Medieval Annular Brooches and Datasheet 9.1), heraldic pendants, and certain types of buckles, rings and pins. Most are copper alloy, but there are some with gilding and the occasional silver example. This focus on personal ornament by presumably a wider section of the population is new in medieval Scotland (Shiels and Campbell 2011, 71). The survival in the Highlands of larger annular brooches into the late medieval period and post-medieval period suggests different dress fashion in the Highlands compared with lowland Scotland (Caldwell 2014). Frustum-headed pins are now considered on balance to generally date to the medieval period (Batey 1992), with examples known from Urquhart Castle (MHG3265), Loch Borralie (MHG18463), Dores (MHG31175) and Dornoch (MHG61265). Zoomorphic buckles with beasts biting at each end have been found in silver at Auldearn; MHG49766) and copper alloy at Ospisdale in Sutherland; MHG61308), and are dated to c 1150 into the 13th century (TT report 77/13; Shiels and Campbell 2011, 85). A copper alloy mirror case found at a roundhouse at Tungadal, Skye (MH5106; Miket 2002) is one of only two from areas under control of the Lordship of the Isles. While no combs and small shears have been found they are however represented on a number of west Highland stone grave monuments in Argyll (Caldwell 2014, 247).

Weaponry is known from some stray finds, heirlooms and depictions on west Highland grave monuments, as well as excavations (Caldwell 2014, 248ff). Swords are not that common being expensive and presumably heirlooms. A recent metal detecting find of a sword pommel from Sleat on Skye (MHG60731) is likely to date to 14th or 15th based on stylistic considerations (David Caldwell pers comm). A sword hilt dated to the early 15th century was found in a wreck off the Black Isle together with two buildings stones consistent with a medieval date (MHG53205).

Excavations over the years at Urquhart Castle (MHG3265) and Inverlochy Castle (MHG4182) in the Great Glen have provided evidence of the types of weapons and protective gear for warriors, including iron arrowheads, sword fittings and knives, together with objects for day to day life in the castles. Horse fittings and spurs suggest mounted knights (Samson 1982; Lewis and Smith 1998). Evidence of iron-working for sword-making has been identified in excavations at Portmahomack and Eilean Donan Castle, both dated to the 15th to 16th centuries. Both sites produced evidence of smithing of large objects, fire welding and the sharpening of large bladed objects (Carver et al 2016; Clark et al forthcoming).

Seal matrices are increasingly being found by detectorists, but they also extend in use into the post-medieval period. Many are scored or broken, a deliberate act after the owner had died. They were used by clerics and laypeople, merchants and women (Shiels and Campbell 2011, 81-82). Vessel fragments can also in some cases be dated to the period, and expensive table wares are known from sites like Urquhart Castle (Samson 1982). Lead objects were the plastic of the medieval period, a cheap and versatile medium for a range of objects. For example, from Fortrose a number of writing leads have been found by metal detecting (Shiels and Campbell 2011, 77-8).

In the 11th century, the north and west of the Highlands would have been part of the Norse metal-weight economy. However, by this period, only a few hoards are found; no Highland Viking silver hoards with coins date later than c 1000; this was when the hoard containing ring money and Anglo-Saxon and Continental coins was deposited in the wall near the church at Portmahomack (MHG8470). Elsewhere in Scotland there are far fewer silver hoards in the 11th century, but they are known from elsewhere in the British Isles (Blackburn and Pagan 1986; Graham-Campbell 1995). An interesting recent metal detector find from Kilbeg on Skye of a silver denier minted by Heinrich II, Emperor of the Holy Roman Empire, between AD 1002 and 1024. It may be a chance lost find, or perhaps part of a Viking hoard, but it suggests Scandinavian activity in Skye at this time (MHG60727).

The first Scottish coins, minted by David I, date to the 12th century. Coins are in general scarce in Scotland before the beginning of the 13th century. Even after coins were being minted in Scotland, other issues, especially English, are found widely (Holmes 2004). The only coins which can be shown to be minted in in the Highlands at Inverness were by Alexander III and James I. Despite minting in the Highlands, these issues appear to have circulated widely, and coins minted elsewhere by these monarchs are also found in the Highlands (Holmes 2004, 267).

Few coin hoards have been found in the Highlands (Table 9.4 above), and many are poorly recorded. Some are associated with troubled times, including the Wars of Independence. Single finds provide, in some ways, a better indication of coin in circulation. Metal detecting has greatly increased the evidence for medieval coin circulation in the Highlands. The evidence for finds from 1988 up to 2010 has been compiled by Bateson and Holmes (1997; 2003; 2006; 2014; with a discussion of their significance in Holmes 2004). In addition, there are significant excavation assemblages from Pormahomack (Holmes 2016), Cromarty (Bateson 1993, Vawdrey nd) and Dornoch (Holmes 2004, 266ff). At Dornoch, the assemblage is important for its size and early date, suggesting coins were used in exchanges in the 13th century (Holmes 2004, 267). The finds are not only in the southern Highlands. For example, a large assemblage was found at Achnahaird Sands, Wester Ross (MHG9129), a site which has produced multi-period finds (Long 2002).

Where good dating evidence survives, as at Portmahomack, the picture can be fine tuned. The earliest coins from the sites are 13th and early 14th century in date. After that there is a gap from around 1350 to 1450, and after that base metal coinage predominates (Holmes 2016). The evidence from Cromarty, when pulled together, should allow similar refinement.

The ScARF Medieval panel (6.1) in 2012 noted the lack of numismatists based in Scotland to provide the specialist knowledge needed. This is still the case in 2021. 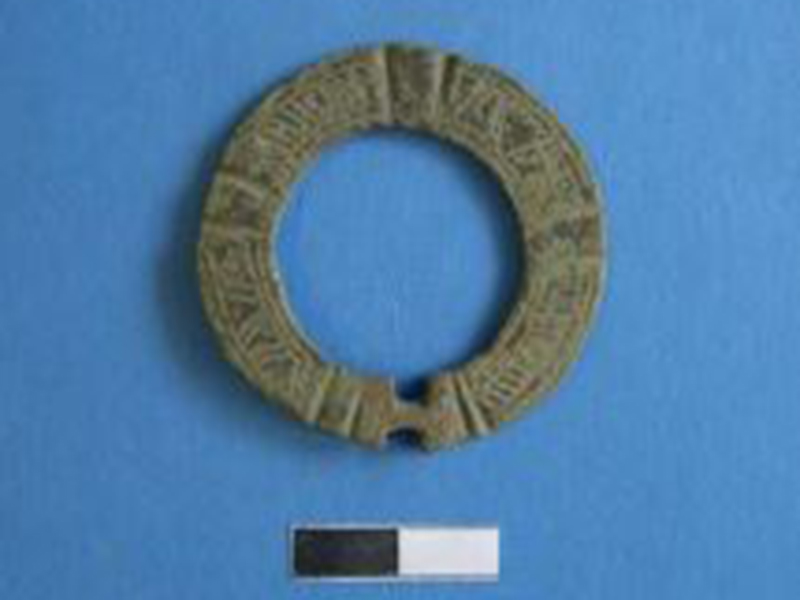