6.4 Use, repair and adaptive re-use and discard

As material culture became more plentiful and more easily accessible over the period one would expect to see less evidence of re-use and repair, since replacement was presumably easier. One interesting research question is: Does that in fact happen? Where is there evidence of repair and adaptive re-use? Does this signify poverty? Or remoteness from markets? Or sentimental or symbolic value? What is the role of fashion in the decision to retain and repair rather than discard and buy new?

The artefact biography approach also encourages one to consider the whole ‘lifetime’ of an object, including the new meanings that it acquires when, for example, it becomes part of a museum collection, or constitutes archaeological evidence. Some artefacts such as religious objects (communion tokens, pilgrimage medals etc.) and souvenirs (war medals, personal jewellery) may become heirlooms and can be adapted for display in various ways.

When examining and interpreting artefacts it is important to be aware of the context in which they are used. The donations of female clothing provided the rich materials out of which Catholic vestments could be created (see Holroyd 2007; Dransart and  Bogdan 2004). There is a certain irony that clothing worn by women was used to create vestments for priests to perform the mystery of the mass, when women themselves were regarded as unclean and the priests celibate. The custom of donating secular vessels for religious purposes resulted in a change of use and significance for the artefact.

Beakers made of pewter or silver for personal reasons might commemorate a particular event or stage in the life-cycle, but their meaning and purpose changed when they were donated to become communion beakers used in the administration of the Lord’s Supper (Burns 1892). For example, in the National Museum of Scotland is a silver beaker which was made in Amsterdam, sold in Aberdeen and then donated to Ellon parish church for use at communion in 1634 (see den Blaauwen 1979). A second beaker with a similar design was made in Aberdeen and donated to the church in 1642.

Material culture is most frequently recovered from its context of discard.  Consumption patterns in the modern era, involving the acquisition of goods in far greater quantity than before, and their more frequent replacement, encouraged by the pace and reach of fashion and enabled by a general rise in affluence, led to a dramatic increase in volume of discarded material.  Whereas previous generations of archaeologists often failed to analyse sufficiently the processes whereby material evidence entered the archaeological record (see Binford’s 1981 critique of this) current  researchers are now aware that attitudes towards waste management, cleanliness, what constitutes rubbish and so on are themselves interesting cultural questions.  It is also important for archaeologists of this period to investigate the relationship between the cost of material and the ease with which an object can be replaced, and the evidence for repair and re-use.  How far is a decision to jettison an object one of economic rationality and how far is it related to a new set of values that encourage disposal and replacement (a ‘disposable culture’) instead of reuse and repair?

Not all material culture ends up discarded or broken.  Some is carefully curated, or may be rediscovered decades, centuries or even millennia after their period of practical use.  Periods of scholarly analysis or public display are also part of the biography of artefacts.

The Newcomen Engine from Caprington Colliery in Ayrshire now resides in National Museums Scotland as a symbol of Scotland’s industrial heritage. The engine is a composite of two pumping engines supplied to the Caprington Estate in 1781 and 1811, by the Carron Ironworks. A section of pipe is all that remains of the original engine and it is not clear when it was fitted to the later model. When the 1811 engine ceased operation in 1901, it was the last atmospheric pumping engine in Scotland, and following two years of debate; it was preserved by the Burgh of Kilmarnock and erected behind the Dick Institute by Andrew Barclay Sons and  Co. By the 1950s, when many of the timber components began to rot, the Institute invited the Newcomen Society to assist with finding a suitable location for it. The Bergbau Museum in Bochum, Germany, accepted the object but could not raise the funds to transport it. The Royal Museum (now National Museums Scotland) acquired it and kept it in storage for thirty years. When the Museum was extended in the 1990s, the object was displayed at the expense of the earlier Boulton and  Watt rotative engine. The Newcomen’s Scottish provenance; built by the Carron Ironworks, Scotland’s first commercial industrial enterprise and used at an Ayrshire Colliery was deemed more appropriate for the then Museum of Scotland than an English example of the work of one of Scotland’s most celebrated engineers, James Watt.

See also the ScARF Case Studies: Private ownership and the cash economy on St Kilda and Objects on the Battlefield 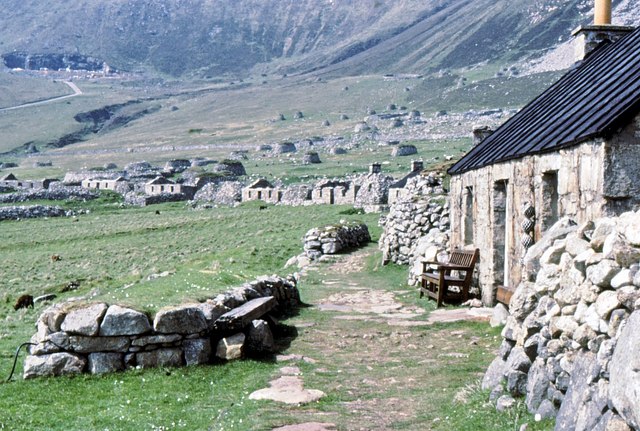 Case Study:  Objects on the Battlefield